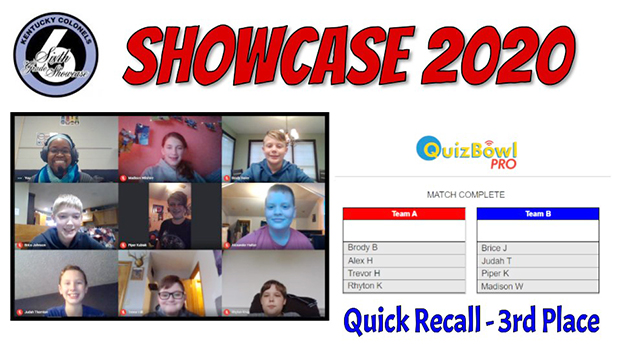 The competition used Google Meet sessions for students to participate in events. Parents and spectators were able to join the quick recall matches virtually, also via Google Meet, since those competitions are open to the public.

“Quick recall sessions were different because the opposing team could hear during bonus questions and timeouts.

But students and coaches learned to strategize and adapt quickly.”

Hagans said everyone — including coaches, participants, officials, and parents — worked together to provide a quality virtual event for students. The district Governor’s Cup is scheduled for January and will also include 7th and 8th graders.