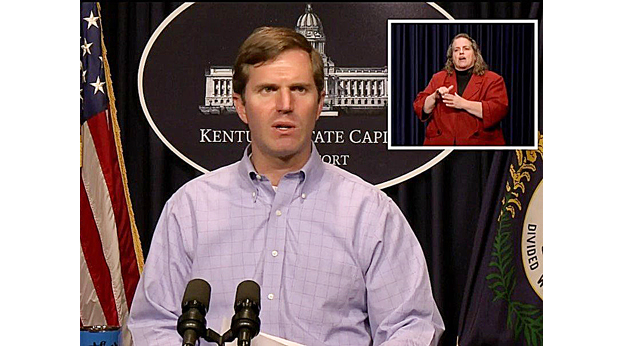 FRANKFORT, Ky. (KT) – More details emerged Wednesday on re-opening non-emergency parts of the healthcare industry that have had to shut down due to the coronavirus.

“In many ways, this is our proof of concept,” Gov. Andy Beshear said during his daily press briefing. “If we create the right guidelines, if we enforce those guidelines, and if we do it gradually, then we can do this safely.”

Some of the services include:

–Outpatient hospital services, such as lab work and radiology.

“This is intended to be a phased gradual re-opening, so we can do it thoughtfully, safely, and see the consequences of these actions, so we can make adjustments if we have to,” Stack said.

He said traditional waiting rooms will be eliminated in favor of alternatives such as a parking lot lobby, where you wait in your car for a text message telling you to come in; and maintaining social distancing of at least six feet.  Providers and staff will have to wear surgical or procedural masks, not cloth ones.  All others entering the facilities will also have to wear masks, which he says will likely have to be provided by the office.

Beshear announced 161 new cases of the coronavirus, bringing the pandemic total to at least 3,481.

There were also six more deaths, making the number 191. Two of them were in Jefferson County, with one each in Adair, Henderson, Kenton and Muhlenburg counties.

“While that number is so much lower than any prediction would have been to date, because of the good work of Kentuckians, it is still 191 people that we didn’t want to lose,” Beshear said.

Long-term care facilities, such as nursing homes, still have a disproportionate number of cases, and especially deaths, he said. There were 32 new cases among residents, 27 staff members and nine new deaths.

“The number of deaths is higher than today’s report because they come a couple of days later, potentially of those that we know have passed away,” the governor said.

The long-term care numbers since the pandemic began are 530 residents, 251 staff, and 86 deaths, all but one among residents.  He said the 86 deaths at those facilities make up 46 percent of Kentucky’s total.

STAFF REPORT Another case of COVID-19 has been reported by Ephraim McDowell Health. This is the second positive result reported... read more