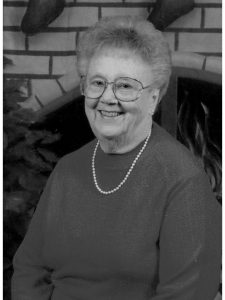 Mrs. Linda Kay (Kidd) Mardis of Campbellsville was born in Waynesburg on October 18, 1950 to the late Glen Irvin and Carrie Lee (Oaks) Kidd. She departed this life on Monday, April 6, 2020 at her home, being 69 years, 5 months, and 19 days of age. Mrs. Mardis had made a profession of faith in Christ and was a member of God’s Grace Church. She married Mr. John Morris Mardis on May 12, 1973, and they remained a devoted couple until his passing on May 24, 2018. She was a member of the Taylor County Extension Homemakers, the Busy Bloomers Gardening Club, the Golden Gals Lunch Bunch, and a Hosparus store volunteer. She was an English major in college, but chose a career that allowed her to personally help people. She retired from Taylor Regional Hospital and home health administration after many years of service. She loved raising a garden, cooking for her friends, and finding a bargain, and enjoyed spending time thrift shopping with her friends.

She was also preceded in death by a son, Michael Cameron Mardis, in 1995.

Mrs. Mardis will be laid to rest beside her husband in the Brookside Cemetery in Campbellsville. LR Petty Funeral Home and Cremation Service in charge of arrangements.

Margaret Louise Kidd, age 94, of Stanford, Kentucky, passed away Monday, April 20, 2020 at Stanford Care & Rehabilitation. Born Wednesday, May 20, 1925 in Lincoln County, Kentucky, she was the daughter of the late Clarence & Leala May Adams Deatherage. Louise was the widow of the late Chester Green Kidd, who preceded her in death Friday, January 28, 1977.

Louise was a homemaker and member of First Church of God in Stanford, where she loved attending. Louise loved her family dearly, and enjoyed spending quality time with her children, grandchildren, and great-grandchildren. In her spare time, Louise enjoyed reading her Bible and shopping.

A Lincoln County infant has tested positive for the novel coronavirus, according to the local health department. Director Diane Miller... read more