CRAB ORCHARD – A house fire last week on Manor Boulevard that could have turned deadly did not thanks to the efforts of a few local men.
The cause of the fire turned out to be a propane heater, according to Crab Orchard Fire Chief Larry Owsley.
Owsley said a female resident was trying to light a propane heater when her lighter wouldn’t work and she set off to find another one, leaving the propane heater on and leaking gas.
“So gas was escaping while she was looking for a lighter, and when she came back to light it, it flash-fired and pretty much blew fire all over the room,” he said.
That’s about the time Willie Ashley, who was located a street over, received a phone call from one of his employees at Wildcat Towing, Steven Moore, who said a lady was trapped inside of a house fire.
Ashley said he drove straight over and as he arrived, the woman was trying to get out of the back door but needed help.
“We pulled the chain link fence down, because it was locked, and I grabbed her from the house and carried her across what was left of the fence and onto the road,” Ashley said. “Mike Ives was the first one to get there and that’s when everything started blowing up, the oxygen tanks and propane tanks.”
Ashley said it got pretty bad for a minute, but luckily everyone was able to escape without injury.
A local firefighter, Mike Oney, posted a photo of the fire on Facebook and called the men heroes for helping the woman escape.
“Without the actions of a couple guys from Wildcat Towing in Crab Orchard, she most definitely would have died in this house,” Oney said. “These guys need to be recognized for their actions.”
Ashley said they didn’t do it for the recognition, they’re just glad they were there in a time of need.
“I’m just glad we were able to help, and we’re not looking for recognition because we done what anyone should do in our position,” he said.
The fire chief agreed that if it wasn’t for their actions, the woman could have been seriously hurt or killed.
“Lincoln EMS transported her to Mount Vernon Hospital for some smoke inhalation but she was out the next day,” Owsley said.
While the woman wasn’t badly injured, the home on Manor Boulevard was a total loss, he added.
Crab Orchard Fire and Rescue was assisted on scene by Stanford, Hustonville and Lincoln County fire departments, Lincoln County EMS, the Broadhead Fire Department, the Lincoln County Sheriff’s Office and the Crab Orchard Police Department. 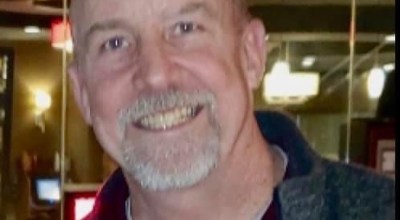 Precaution over panic: Lincoln declares state of emergency amid…