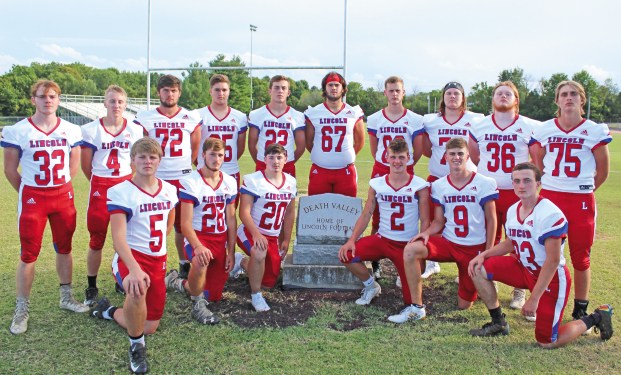 Weeks and months of waiting reaches its end Friday night, as hundreds of Kentucky High School football teams kick off the 2019 season.

The Lincoln County High School Patriot football team is one of those hundreds suiting up for their first games, kicking off its 10-game regular season in one of the state’s longest-running bowls, the Death Valley Bowl (DVB) Friday night. The 22nd Annual DVB is sponsored by PBK Bank and WPBK-FM Radio.

The Patriots open their season in the first game of tomorrow night’s doubleheader at 6 p.m. on Bill Ed Leedy Field at Death Valley Stadium, taking on Woodford County.

The Death Valley Bowl will also feature Wayne County and Shelby County in head-to-head competition, with the Cardinals and Rockets playing in the second game of the evening. Kickoff for the nightcap is set for around 8:30 p.m. or approximately 30 minutes after the conclusion of the opener.

Second-year coach Spencer Crutchfield and the Patriots are not only entering a new season, but also a new class division. Lincoln, which finished 7-5 last season, closing out the year in a 35-19 loss to Pulaski County in the Class 5A playoffs, has now moved down to Class 4A. The team will play in District 7 against Corbin, Knox Central and Wayne County. The Patriots could not claim victory in last year’s DVB, with Somerset rolling 41-0.

The Woodford County Yellow Jackets, led by fifth-year coach Dennis Johnson, were beat out by Covington Catholic 49-0 in the first round of the Class 5A playoffs last season. The Yellow Jackets went 2-9 on the season in 2018. This is Woodford County’s first appearance in the Death Valley Bowl.

Wayne County and Shelby County, the final two teams in the Bowl lineup, both made it to the Class 4A playoffs last year.

Wayne finished 8-4 in 2018. Shawn Thompson is in his 17th season as head coach. The Cardinals defeated North Oldham 52-6 in the first round of the Class 4A playoffs last season but were ousted 27-21 by Franklin County in round two. Wayne’s appearance in the DVB marks the first time that a team from the same district as Lincoln has participated.

Shelby County closed out 2018 at 6-6, with the final game a 20-14 loss to Knox Central in the Class 4A playoffs second round. The Rockets, who are led by second-year coach Todd Shipley, made it to the second round of playoffs with a 35-20 win over Rockcastle County.

The cost of admission to the Death Valley Bowl is $10. No passes will be accepted.