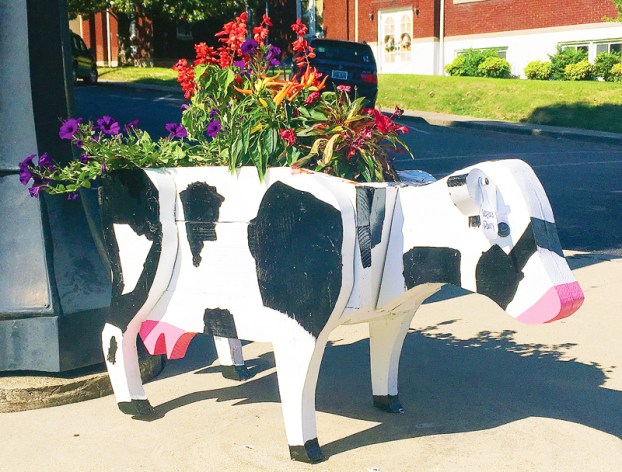 Volunteers needed to bring Cow Bell Days back in 2020

STANFORD — To anyone who lamented the absence of the popular Cow Bell Days festival this past weekend and the fun it brought to downtown Stanford, it wasn’t for a lack of want but rather a lack of want-to.

Cow Bell Days, which has been happening in Stanford since 2016, was not held this year simply because there weren’t enough volunteers wanting to help in the planning and hosting of the event

Amanda Wheeler, a member of the Cow Bell Days committee, says
“Everybody can use a little more cowbell, especially when it comes to the Cow Bell Days festival,” borrowing a phrase from actor Dennis Walken from the infamous cowbell skit on Saturday Night Live. However, she admits that the festival committee needs more volunteers to make the event happen.

“There have been many changes for the members of the Cow Bell Days committee and, while they are passionate about the festival and Lincoln County, there is only so much a small group can do,” she said. “The group has faced lots of personnel changes in the past year and wasn’t able to recruit enough volunteers to make the festival come together this year.”

The festival, which is usually held the second weekend in June, has become an asset to the community, drawing local residents as well as many visitors to Main Street for the Dinner on Main kickoff, the farmers market, parade, live music, vendors’ crafts and foods, ice cream eating contests, kids games and the annual drawing for a calf.

“The community has made it clear they love the festival and attendees say every year how much they enjoy the activities and atmosphere,” Wheeler said. “The festival has an economic benefit for the community as well, because people traveling to Stanford also wind up spending money in the city’s shops and restaurants.”

While the second weekend of June 2019 came and went without a Cow Bell Days festival, Wheeler said the committee is looking forward to having Cow Bell Days again in 2020.

But that requires more volunteers.

“In order to have a successful festival, having enough volunteers is key,” Wheeler said. “It takes a lot of time and planning to make such a big event come together, so the committee is looking for new volunteers to join and help plan and implement Cow Bell Days 2020.”

If you are interested in volunteering, send a private Facebook message to the Cow Bell Days Festival at facebook.com/CowBellDays, or send an email to cowbelldays.ky@gmail.com.

Planning for the 2020 festival will begin in January.

STANFORD — It’s been almost two months since the demolition of a home on Hustonville Street was started and subsequently... read more