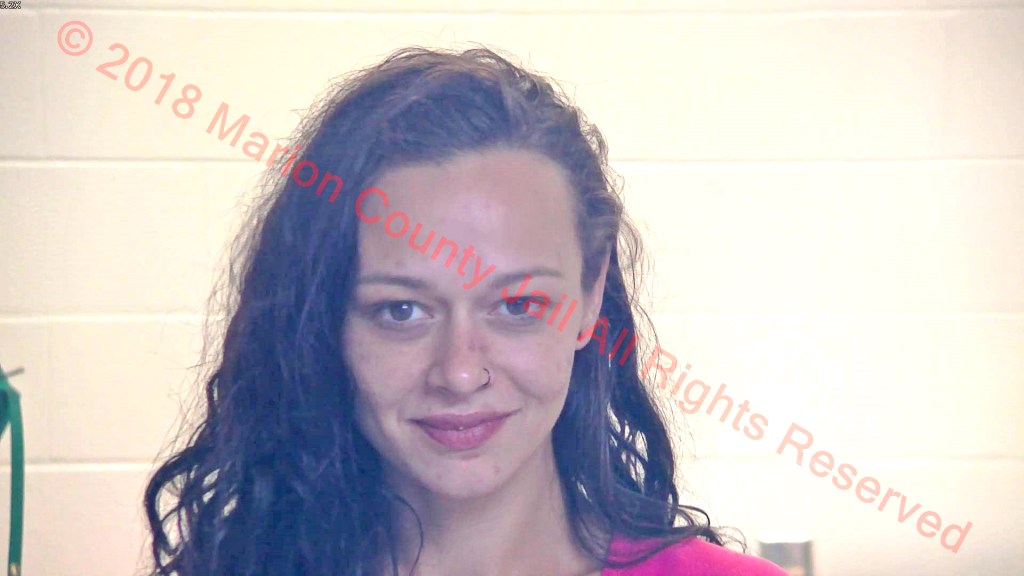 LEBANON — A Stanford woman was arrested Monday after state police say she got in a wreck in stolen vehicle.

Southerland had been “operating a green 1999 Ford pickup truck owned by Cody Wren.”
Colvin “observed a screwdriver in the ignition switch and Ms. Southerland stated it was like that when she got in,” according to the release. “Ms. Southerland stated that she was dropped off at a residence by the owner’s brother, Chad Wren, and he asked her to drive the vehicle to his house.

Trooper Colvin spoke with the owner of the vehicle and he advised that it had been stolen and no one should be driving it because it does not have insurance or registration.”

Southerland was being held in the Marion County Detention Center on a $1,000 bond pending arraignment Tuesday, according to jail records.