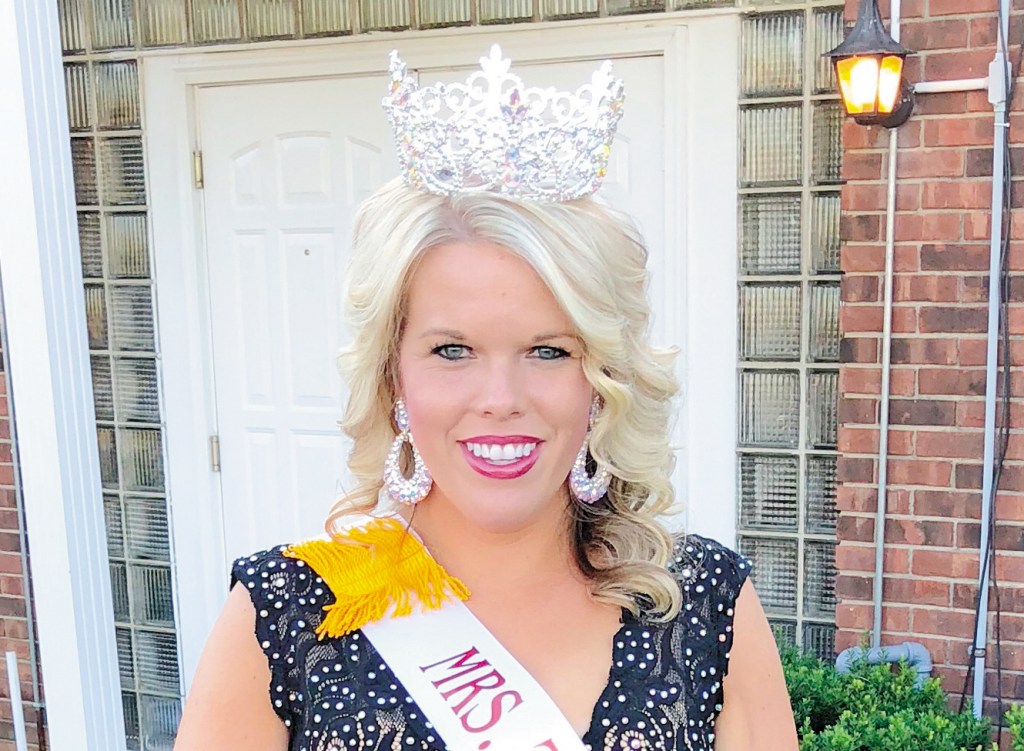 Deedra VonGruenigen of Waynesburg will be competing in the Mrs. Kentucky America pageant this October, having won one of the statewide Mrs. County Fair titles.

VonGruenigen qualified for the state pageant after bringing home the title of Mrs. Taylor County Fair on June 2.

VonGruenigen is the wife of Cody VonGruenigen and they have a three-year-old daughter, Emery VonGruenigen. She is the daughter of Hoy and Pam Wesley of Waynesburg.

VonGruenigen has a Master’s Degree of Education in Human Development with a specialization in Mental Health Counseling.

She competes in the pageantry system to advocate for her daughter Emery, who is special needs, and to raise awareness for the special needs population.

Emery has a very rare diagnosis called Pachygyria. She also has epilepsy, XQ28 partial duplication and is severely hypotonic.
VonGruenigen’s motto is “being different is beautiful.”

She will be accepting sponsorships for the Mrs. Kentucky Pageant.