Montgomery returns to Highland Elementary — this time as principal 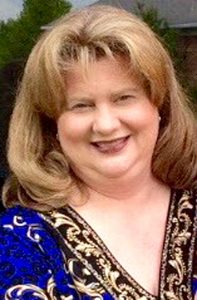 STANFORD — Along with the returning and incoming students, Principal Suzanne Montgomery will begin her first day of school at Highland Elementary when the doors open for the new school year in August.

Well, sort of. Montomgery has had many first days at Highland Elementary.

She first came to Highland as a student in 1972. She has taught gifted and talented students there for the last 16 years. And she has recently served as an instructional coach at the school. Now, she is preparing for her first year as Highland’s principal.

“It’s amazing,” Montgomery said. “That was the school where I grew up. My mom, Beulah Lewis — she taught at the school for 29 years, so that’s why I went there.”

Montgomery, who has dedicated 29 years to the Lincoln County School District, was selected for the principal position at Highland last week by the school council. She replaces James Carrier, who left to take the principal job at Stanford Elementary.

Montgomery, who has taught in Broughtontown and Crab Orchard Elementary schools in addition to her work at Highland, said she looks forward to the new opportunity.

“I want to go into this job with an attitude of servitude for the students and the staff of the community,” she said. “I want to do the very best that I can to continue Highland along on its path towards being a great school.”

Montgomery says she has seen Highland make great strides academically over the past few years and she hopes to continue that trend.

“When I first came to the school, the academic index was 55. Then, we ended up at 103. The state then redid the accountability system so every year since then we have made progress toward academic goals. I want to continue that progress on academic goals.”

Montgomery officially steps into her role as principal on July 1. While she still has several weeks before the new school year starts, Montgomery has already begun preparing for her new role.

“I think it will be a very exciting transition,” she said. “Ever since I found out, I’ve been doing little things every day, preparing for the next school year for when our kids walk in the first day.”

Montgomery is married to Scott Montgomery, retired principal at Fort Logan School. They have one son, Ryan, who is in his second year at Georgetown College.