Construction of high-speed internet to begin in Lincoln this summer 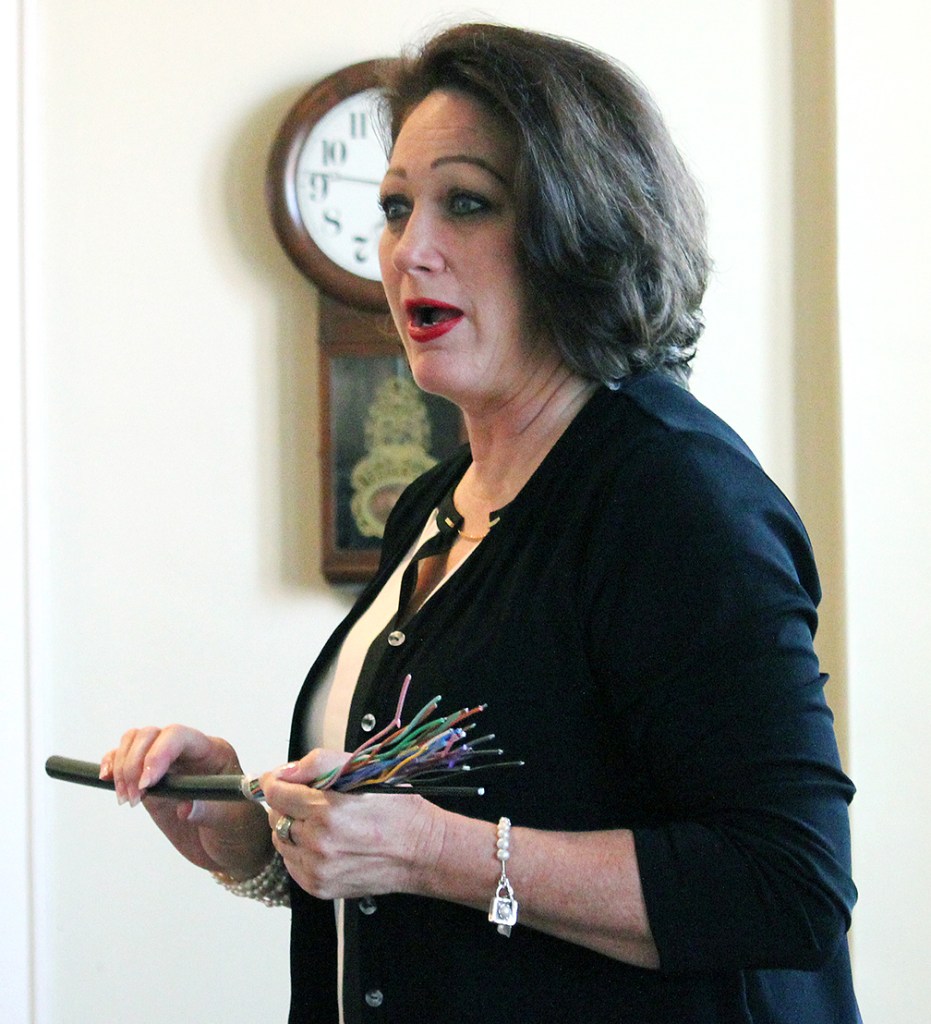 STANFORD — Construction of the high-speed internet project known as “Kentucky Wired” will begin this summer in Lincoln County, according to Holly Scoville, manager of government and resident relations for the Kentucky Wired project.

“Kentucky Wired is the high-speed broadband project that is going across the state of Kentucky. It will go to all of the 120 counties,” Scoville told Lincoln County Fiscal Court magistrates last week.

Scoville held up a sample bundle of the fiber-optic wires that will be installed across the state and in Lincoln County this summer.

Half of the strands she held up will belong to the commonwealth for government-to-government servives for state offices, Scoville said, and the other half is an open access network that internet service providers can attach to, in order to provide ultra-fast fiber internet connections to homes and busines projects.

“This is a 30-year project for the Commonwealth of Kentucky,” she said. “Every 10 years, they will go back and look at this fiber to make sure it’s up to the speed it needs to be and make any upgrades they need to make in order to make this the best.”

Before beginning the Kentucky Wired project, the state was 48th in the United States for offering broadband.

“As of three weeks ago, we were actually number 36 already for what this project has done,” she said. “By the time we complete this project, Kentucky will be number one in the United States in offering high-speed broadband.”

Economic development was a big driver in the pushing of this project, Scoville said, in addition to improving every day life for Kentuckians.

When the construction crews come through, they may be seen a couple times throughout the county, Scoville said. About 90 percent of the project will involve using existing utility poles, she said.

Scoville said the work will happen in phases, beginning with “make-ready” work, then stringing of the fibers. Finally, high-speed broadband fibers made of glass will be spliced together.

“Fiber reels run every four to five miles, that’s how long they are, so they have to splice those together every four-to-five miles,” she said. “Once those are all spliced together and tested, they actually turn the light on, run the light through the glass, and we call that being ‘lit up.’

“You’ll start to see crews coming out in the next couple of months here,” she said.

Scoville said crews will mostly be working on public right-of-ways and if any damage is done during construction, it will be repaired and returned to it’s original state by the construction crews.

“We always take ‘before’ and ‘after’ pictures and we put everything back like it was,” Scoville said.

Judge-Executive Jim Adams said the county is looking forward to being hooked up to the new broadband project.

More information on the Kentucky Wired project can be found online at www.kentuckywiredproject.com.