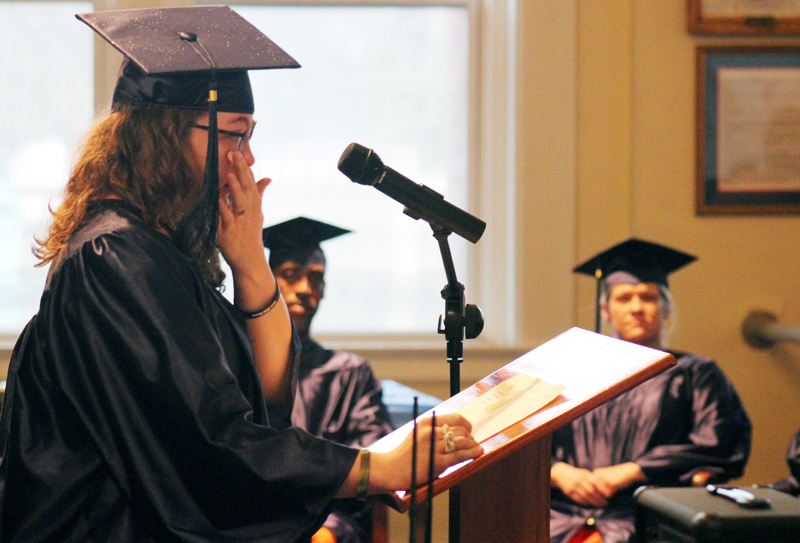 Photo by Abigail Whitehouse Class speaker Sarah Miller wipes tears from her eyes as she speaks to her fellow inmates and graduating classmates. 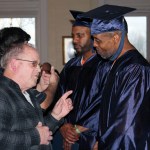 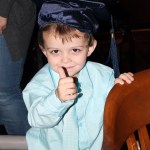 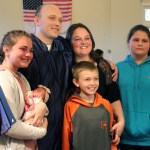 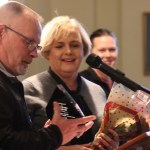 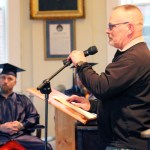 CORRECTION: The April 19th print edition of The Interior Journal incorrectly identified the class speaker as Brandi Cheeks in the article titled “Inmates Turn Tassels.” Cheeks was originally scheduled to speak but did not. The class speaker was Sarah Miller.

STANFORD — It was an emotional evening for family and friends of Lincoln County Regional Jail inmates as they came to watch their loved ones turn their tassels after receiving diplomas.

March 29th was the first time the jail invited family and friends to join them at the old Lincoln County Courthouse to celebrate the educational achievements of inmates who completed and passed their General Education Development (GED) and National Career Readiness (NCR) tests.

Those accomplishments were thanks to help from Melissa Rolph, from the Lincoln County Adult Education Center, who spends much of her time at the jail tutoring inmates and preparing them for life after incarceration.

Sarah Miller was the class speaker and brought the room to tears before inmates lined up to receive their official diplomas.