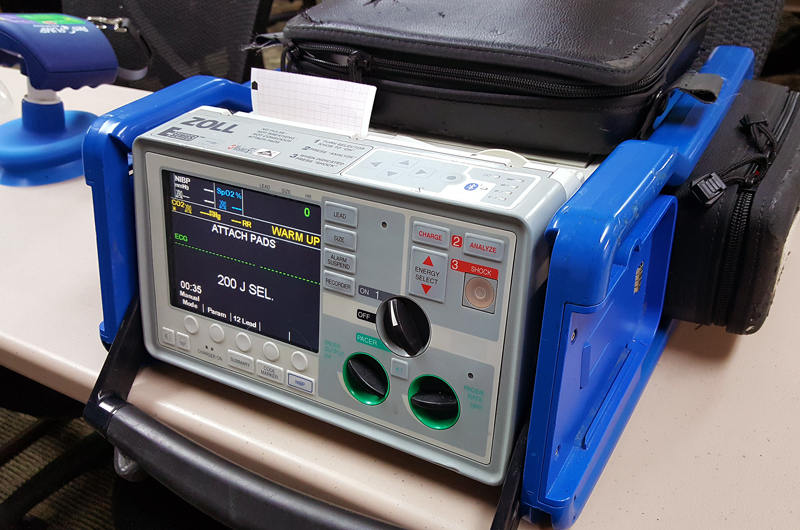 Photo by Abigail Whitehouse Shown here is one of the Zoll cardiac monitors purchased recently by the Stanford Fire Department. 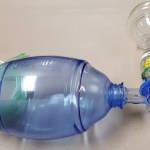 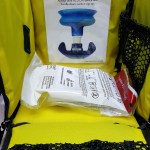 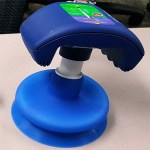 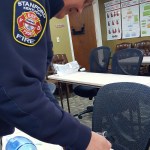 STANFORD — The Stanford Fire Department (SFD) is the first in the state to use a new cardiopulmonary resuscitation system aimed at increasing survival rates for cardiac arrest.

As a fire department with medically trained personnel, Stanford Fire Chief Scott Maples said the three new ResQCPR Systems, purchased from Zoll Medical Corporation (an Asahi Kasei Group Company) for $1,200 each, are just another way to increase the success of the team’s emergency medical response.

“A major clinical study of more than 1,600 patients showed a 49-percent increase in one-year survival from cardiac arrest,” Maples said.

According to Zoll Medical Company’s website, the two-part system, which includes a ResQPOD and ResQPUMP ACD-CPR device, “returns more blood to the heart and lowers intracranial pressure by regulating airflow during CPR to increase the vacuum in the patient’s chest during chest-wall recoil.”

“We’re the first fire department in the state that does medical response to get those,” Maples said. “Along with those, we got 12-lead Zoll Cardiac Monitors.”

Zoll Medical Corporation representatives trained SFD personnel on the new equipment earlier this month, according to SFD Lieutenant and paramedic Patrick Denham, who explained the basic mechanisms of the devices.

“In layman’s terms, it allows us to perfuse the brain more,” Denham said. “So, instead of just pumping blood around the body, we’re actually able to pull blood back into the heart and create a better pre-load and push blood in and out of our organ systems. It lets our tissues perfuse a lot better. We’re really increasing our normal pressures inside the body.”

Denham said the survivabililty rate in the central Kentucky area is very low.

“That’s kind of what prompted us to get this,” he said. “I think we’re well under like half of the national average.”

The SFD is hoping the new devices will turn those rates in the right direction, he said.

“That’s just one of the products we just started implementing,” Denham said. “This is really a big stepping stone to automated CPR devices.”

The Zoll cardiac monitors,which were purchased along with the new CPR systems, will also help increase survivability rates, Denham said.

“What this allows us to do is a little more as far as our BLS (basic life support) skills,” he said. “We are a BLS first-response service here at the Stanford Fire Department so we operate under BLS guidelines for the EMT (emergency medical technician). One of the changes the KYBEMS (Kentucky Board of Emergency Medical Services) made a couple years ago, was that EMTs can actually apply 12-leads and transmit to the hospital or the paramedics. We cannot interpret them but we can get a 12-lead.”

The monitors will allow first-responders to provide hospitals and paramedics with more accurate information at a faster pace.

“That way we can help provide them with a better patient assessment upon their arrival,” he said. “By doing this, we’re hoping we help the citizens of Stanford with earlier treatment and also takes some pressure off of our local EMS system and help them out a little bit.”

“We’re trying to make sure we have the most competent people with the best equipment to be able to provide a better service and help them out as much as possible,” he said. “Everyone knows how taxed local EMS services are and their run volumes are going up tremendously.”