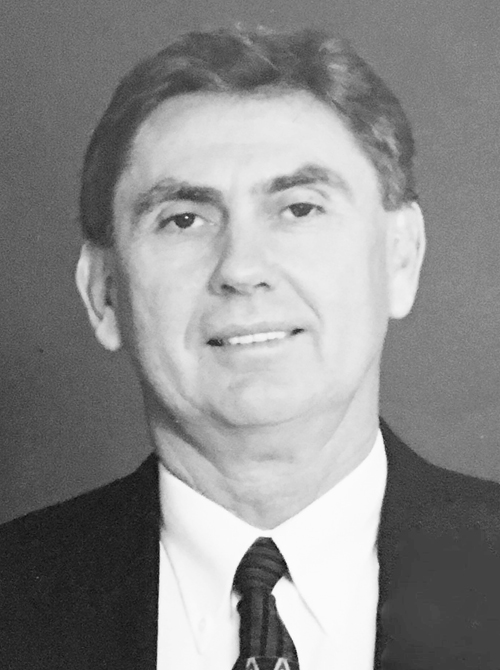 The son of the late Terry John and Mary Enis Hester Johnson, he was born on May 25, 1944 in Danville and raised in both the Forkland and Moreland areas. Being raised by deaf parents, the deaf community was very important to him. Growing up, he was active in 4-H, Future Farmers of America, and loved playing basketball for Hustonville High School under his coach and longtime friend, Jack Denny Johnson.

Bruce attended Eastern Kentucky University, Sue Bennett Junior College and U. S. Army Communications School in Louisiana. While at Sue Bennett, he met his wife of 53 years, Doris Miller Johnson. After completing EKU, Doris and Bruce made their home in Danville. It was there that their family grew to include two children, Neal and Mary Kay. During that time, Calvary Baptist and Bro. Ernest Martin were an important part of his life. Another integral part of his life was the education of children. He began his career in education in 1968. Early in his career, he was a physical education teacher at Highland and McKinney Elementary Schools. He later taught health, physical education and coached at Burgin High School. Returning to the school where he graduated and was a basketball star, Hustonville Elementary welcomed Bruce as their principal. In 1983, he began working in the Lincoln County Schools Central Office as assistant superintendent and went on to serve as superintendent there for six and a half years. In 1996, he became superintendent of the Mercer County School System, retiring in 2008. During his years of service, Bruce served on many committees and was the recipient of many awards. One special award was the Kentucky Educational Development Corporation’s Outstanding Superintendent of the Year. He was a member of a number of state educational associations and served on the School/Community Trust for the Southeast Regional Center for Drug – Free Schools.

Other involvements included membership in KSBA, NSBA, KASA, Superintendent Advisory Council and KY-CEO Superintendent Network. He was past president of the Stanford Rotary Club, director of the Federal Land Bank for nine years and was a former director of the Boyle County Farm Bureau. Church and education were very important to Bruce but there was something else that fed his soul – farming. In 1983, he returned to the family farm and purchased adjoining land to fulfill his passion outside education. One could frequently see Bruce on his John Deere machinery planting or harvesting the acres of grain. His legacy can be summed up in two words: children and farming.

Visitation was Monday, January 8 at Stanford Baptist Church, where he was a member.

Private burial was at Danville Memorial Gardens on Wednesday, January 10.

In lieu of flowers, donations are suggested to the American Cancer Society, the Heritage Hospice, or Lincoln County Educational Fund.

W.L. Pruitt Funeral Home was in charge of arrangements.