Deputies arrest man after pursuit in vehicle, on foot 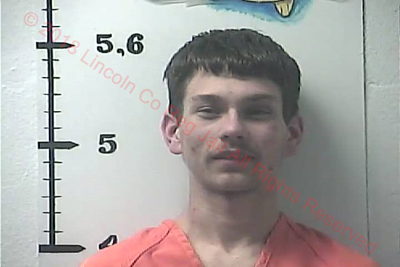 MCKINNEY — A Lincoln County man racked up seven new charges after allegedly fleeing police, first in a vehicle and then on foot.

It was about midnight on Dec. 30 when Lincoln County Sheriff’s Deputy Gary Brummet was patrolling the McKinney area and observed two vehicles sitting at Coffman’s Garage.

According to the sheriff’s office, Brummet pulled into the parking lot to investigate the vehicles but when he activated his blue lights, a white pickup truck fled from the scene.

Brummet pursued the truck through McKinney and onto Angel Ridge Road before the suspect — identified as 20-year-old Devin Snow — exited the vehicle and fled on foot.

Snow was located laying in the seat of a truck at a nearby residence, according to the sheriff’s office.