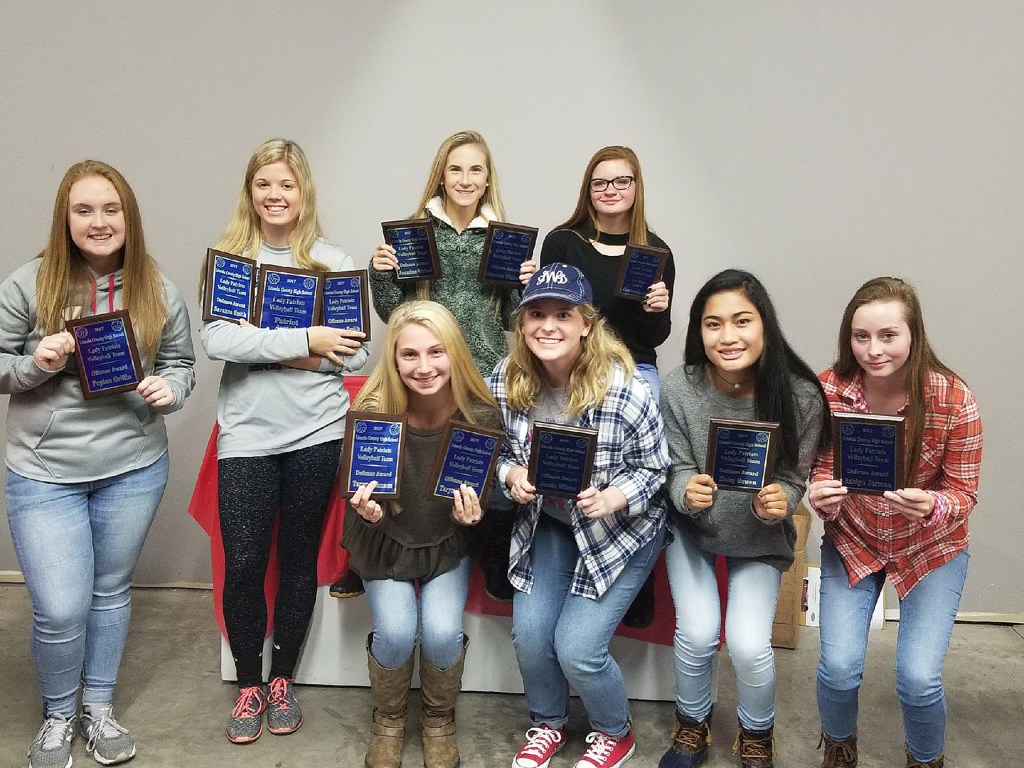 It’s been almost a month since the Lincoln County volleyball team last took the floor for a match, but the season did not reach its official end until Saturday night at the team’s awards banquet.

Lady Pat coach Samantha Torres recalled the many highlights and, yes,some lowlights of the team’s 22-7 season, one of the best in the team’s history. Lincoln stood alone at the top of the region for most of the season, before falling in consecutive upsets in the 45th District championships and the opening round of the 12th Region Tournament.

Nine different Lady Patriots were singled out for team awards for their performances throughout the season.
Savanna Smith, Taryn Johnson, Jasmine Whited, Jessie Wilson and Peyton Griffin were each presented with Offense Awards. Haley Bowen and Ashlyn Jarman, along with Smith, Johnson and Whited received Defense Awards.