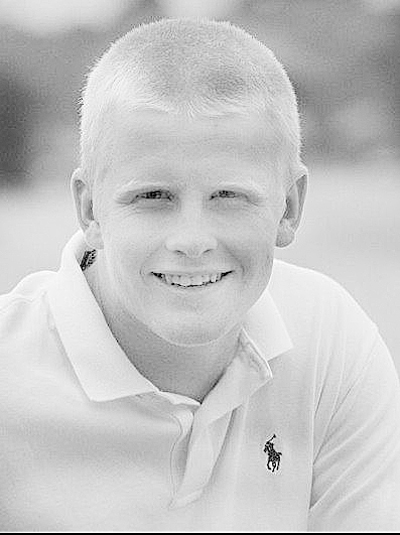 A memorial service for family and friends will be conducted the same day at 11 a.m. at First Presbyterian Church at 106 E. Church Street in Orlando. There will also be another memorial service at 7 p.m. on Friday, October 13, at Grace Church in Danville, 180 Bold Venture, Danville, KY 40422.

Davis went home to be with the Lord on Sunday, October 1, 2017, near his home in Danville. He was born September 12, 1991, in College Station, Texas to Todd Harper and Collynn Wood Harper and grew up as the eldest of five children. He spent his first five years in College Station and St. Petersburg, Russia, before moving back to the U.S. where Orlando became his home for the next 14 years. He attended the University of Florida and spent the last several years of his life living and working in Stanford and Danville, KY. He loved his life there. Davis possessed a passion for the people and the things he loved. He truly had a gift for teaching and had an amazing ability to make complex things simple so others could understand them. He was an intentional encourager of people as evidenced by someone who recently said, “I’ve never met a person who so conscientiously praised other people as Davis did.” Davis was also passionate about pickup basketball, the NBA, and had amassed an impressive collection of rare and vintage sneakers. He also was blessed with a bright mind which never forgot a detail and contributed to his quick wit.

Davis is survived by his parents, Collynn and Todd Harper; siblings, Bethany, Catherine, Wesley and Tate; grandparents, Pat and Don Harper of Colorado Springs, and Gail and Barry Wood of Dallas, Texas; and numerous aunts, uncles and cousins from around the country. His grandmothers, Rojeane Wood and Nancy Harper were waiting to greet him when he entered heaven on Sunday morning.

Memorials may be made to The Davis Harper Memorial Fund facilitated by the National Christian Foundation in Orlando. This fund will distribute to the three ministries that Davis supported: Kids Across America, SOAR Detroit and Campus Outreach Kentucky. Checks may be made payable to “National Christian Foundation” and designated “The Davis Harper Memorial Fund” on the memo line. Please mail checks to NCF at: 215 E. Central Blvd., Orlando, FL 32801.