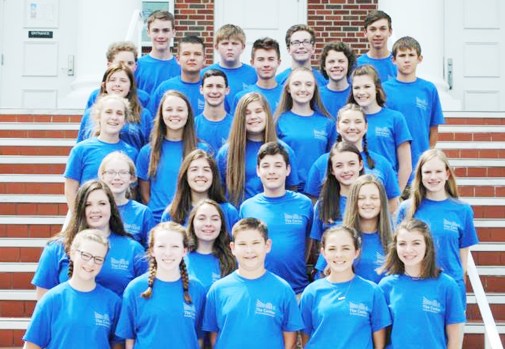 The Rogers Explorers program is an educational leadership program that provides hands-on learning opportunities for middle school students in Southern and Eastern Kentucky to build their math, science, and technology skills. Graduates are encouraged to work toward pursuing careers in these in-demand career fields.

“This experience has helped me realize that team work is, and always will be, a huge part of success,” Hughes said. “Being a Rogers Explorer is also a great honor, and I am so glad to have been a part of this program, as my math, science, and technology skills were enhanced.”

Two hundred and twelve students—the largest class ever—attended this year’s Rogers Explorers program. Participants apply when they are in the eighth grade and attend during the summer before the start of their freshman year.

“This year’s class of Rogers Explorers showed that there are many bright, young leaders in our region of Southern and Eastern Kentucky,” said Laura Glover, Managing Director of Operations at The Center. “By participating in this program, Explorers had the opportunity to experience first-hand how science, technology, engineering, and math (STEM) can positively impact our region while also getting a feel for what college life was like.”

For more information about Rogers Explorers, call 606-677-6000 or email youth@centertech.com. Visit www.centeryouthprograms.com to learn more about youth programs at The Center.