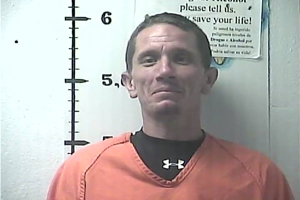 MORELAND – A man was arrested two days after fleeing the scene of an injury accident that sent one woman to the hospital with serious injuries.

David Ashley Price, 38, was arrested by Kentucky State Police on Aug. 30 and charged with leaving the scene of an accident and failing to render assistance, possession of a handgun by a convicted felon, operating on a suspended or revoked operator’s license and first-degree wanton endangerment.

According to the arrest warrant, the truck Price was driving at the time of the accident was located on Spears Lane with a handgun inside it.

Price “had Alyssa McGuffey, who resides at 450 Spears Lane, take him to another residence knowing that the police would be looking for him and the vehicle” the arrest warrant states. “A witness saw the above subject turn onto Spears Lane.”

Police later accompanied Lincoln County Sheriff’s Deputies to 450 Spears Lane to conduct a welfare check and were met by McGuffey at the back door.

McGuffey allegedly told police that Price was in the residence and gave police consent to search the property.

Police found Price hiding behind a closet door in the back room, according to the arrest citation.

Price allegedly told police he had two suboxone pills in his front right pocket, which were found in a small, clear baggie.

Police transported Price to the Lincoln County Regional Jail where he was lodged until being released from custody Sept. 1, according to jail records. 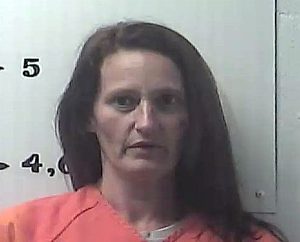 McGuffey was later arrested on Sept. 3 and charged with obstructing governmental operations. According to Lincoln County Regional Jail records, she has since been released from custody.

It will likely be three-to-four months before Casey County resident Martha Propes can walk again, due to the injuries she sustained in the Aug. 28 crash.

Propes said she was riding in the front passenger seat of Bethany Roberts’ van when Price pulled out and collided with the vehicle.

While Roberts, the driver, and two young children, a five-year-old and a two-year-old, did not sustain serious injuries from the incident, Propes was left with three broken bones in her neck and a compound fracture in her left ankle.

“I forgive him,” Propes said. “But he needs to pay for what he did.”

Propes said the fact that Price wasn’t in jail after deputies seized 40 grams of methamphetamine from him during an investigation in August is frustrating for her as she continues to recover from the accident.

“If they would’ve left him in jail, I might not be in here,” she said.

Propes is currently being treated at the University of Kentucky hospital.