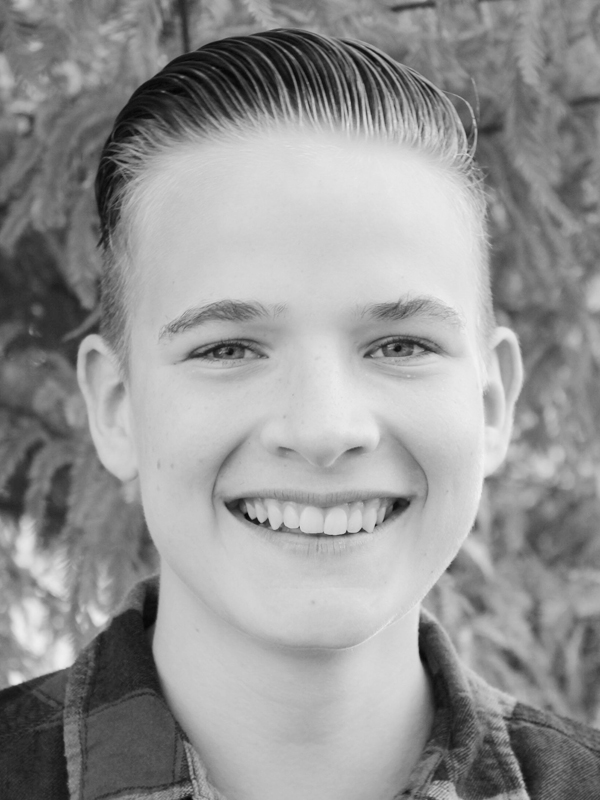 Born in Bangkok, Thailand, on July 20, 2001 to Barry and Katherine (Updegraff) White, Isaac spent the first two years of his life in Ratanakiri, Cambodia, where his family served as missionaries.

Isaac was known by his love for and trust in Jesus, a true enjoyment of quality time spent with people in conversation, his capacity for deep perception and thought, his wisdom, determination and creativity. His name means “laughter,” and with his sharp wit and humor he truly was our laughter.

At the end of August 2014, at the age of 13, Isaac was diagnosed with Stage 4 osteosarcoma. He battled faithfully for three years with courage, perseverance and strength, never complaining. Soldier Isaac finished well.

“I have fought the good fight, I have finished the race, I have kept the faith.” 2 Timothy 4:7

Isaac is survived by his parents, Barry and Katherine of Waynesburg; his sister, Sarah and her husband Peter and their children, Ian and Sadie of Elburg, The Netherlands; his brother, John and wife Jane of Walton, Ky.; his sister, Abigail of New Orleans, La.,  his sister Ruth, still at home; his maternal grandparents, Ambrose and Ramona Updegraff of St. Petersburg, Fla.; his paternal grandmother, Mary White of Huntington, W.Va.; and his uncles, aunts and cousins. He also leaves his friends, Charlotte Abel of Stanford and Ryan Davis of Somerset.

He was preceded in death by his paternal grandfather, Tom White; and his brother, Nathaniel Matthew.

A celebration service will be held at Somerset Christian School, 815 Grand Central Blvd. in Somerset on Saturday, August 19. Visitation with the family will begin at 9 a.m. with the service at 11 a.m.

In lieu of flowers, the White family asks that you consider donations to the AIM Pregnancy Support Centre of Somerset, KY at aimpregnancycenterofsomerset.com and the Children’s Bible Fellowship of New York at www.cbfny.org/donate