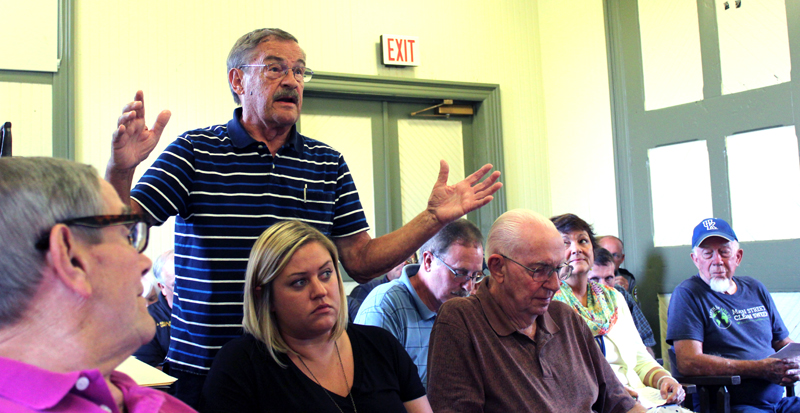 It’s rare to find a crowd at a local government meeting but that is exactly what was waiting as the Stanford City Council opened their regular Aug. 3 meeting last week.

Stanford residents deserve an applause not only for taking the time to show up last week to the public meeting but for voicing their opinions on many of the items on the agenda.

Last Thursday was a fine example of how local government is supposed to operate. The people seated in front of the room are public servants but without the public’s participation we can never expect them to do the will of the people.

The need for your presence is as important as ever in this day and age and we thank each and every one of you who showed up.

For those who tuned in to watch our live stream of the meeting on Facebook, thank you, too. We apologize that the audio is not exceptional – we are newspaper journalists, not TV broadcasters, after all – but we are trying to make meetings more accessible to all.

Our hope is that the City of Stanford recognizes the benefit and value of live streaming meetings for the public and takes over that responsibility so we can get back to scribbling and taking photos.

For those who would like to attend – the Stanford City Council meets on the first Thursday of every month at 6:30 p.m. at the L&N Depot.

See you all there!