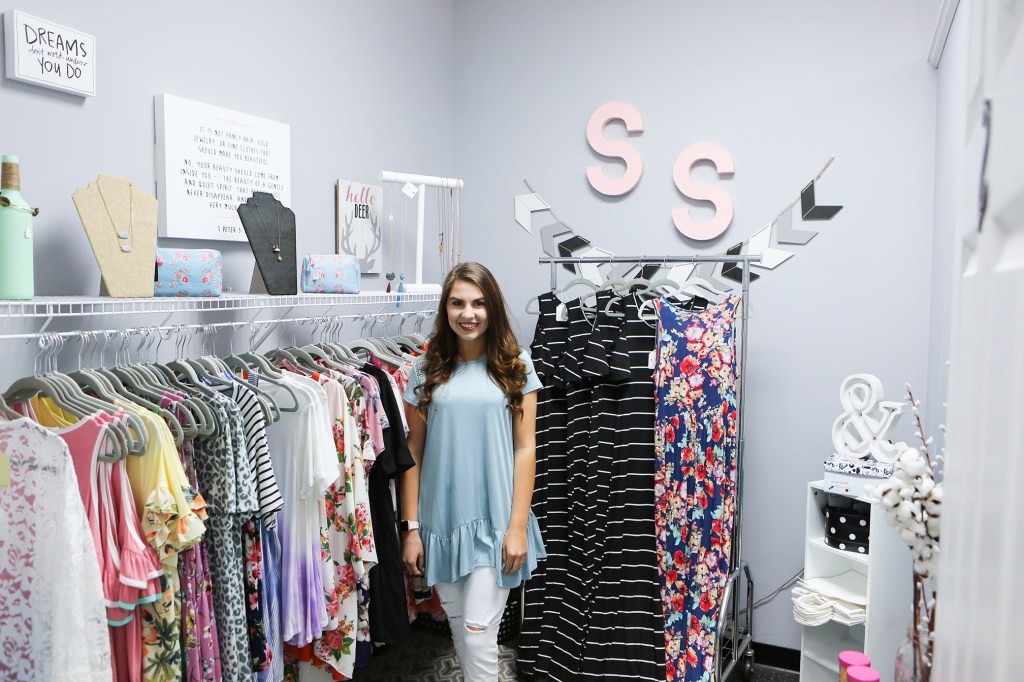 Mariah Bourne, 17, owner of Shop Seventeen, poses for a portrait Tuesday at her store in Stanford. Photo by Joshua Qualls

STANFORD — Mariah Bourne knew little about running a business when she started her first company in November, but she’s learning a lot and now has a $2,000 scholarship to prove it.

Having written an essay about her trials, successes and goals as a fledging business owner, the 17-year-old sole proprietor of Shop Seventeen has won the National Federation of Independent Business’ Young Entrepreneur Award for displaying entrepreneurial talents and merit.

“It’s hard for anyone to start a business and keep it going, but Mariah has managed to run a business in between doing homework and studying for tests,” Tom Underwood, director of NFIB’s Kentucky chapter, said in a press release. “We wish her every success.”

She found out about the scholarship through the school’s website and decided to apply. 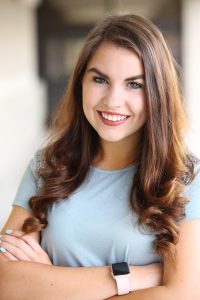 Mariah Bourne, 17, owner of Shop Seventeen, poses for a portrait Tuesday in front of Creative Hair Design in Stanford. Photo by Joshua Qualls

Good friend and fellow LCHS grad Taylor-Grace Mingo, 18, said the experience has been good for Bourne and has seemingly opened up possibilities for her in the future.

“She’s definitely on a path to do way bigger things one day,” she said.

Bourne runs her retail space with no rent out of a small room in her mom’s hair salon, Creative Hair Designs, where she also moonlights as a receptionist, and actively promotes her new styles and selections from wholesale brands on social media like her Instagram account and her Facebook group.

She would only need to lease space for a charge if she were to expand, she said.

She had been working for her mom since summer when she realized that she wanted to give self-employment a shot, and she got permission from her parents and went for it. Her grandparents then loaned her $1,000, and she paid them back with her first sale.

“It seemed like something I really would like to do, and I just got started from there,” she said. “I really like it — I mean there’s troubles that come along with it, but I know it’s going to give me experience in the long run.”

As far as troubles go, which have been fairly minimal as profits have risen from month to month, Bourne’s family has guided her along the way.

Although they all have advised her to some degree, her mom has provided her with space, her grandpa has assisted her on managerial aspects and her dad has helped her figure out how to do the taxes.

Bourne will be moving to Richmond and starting classes at Eastern Kentucky University in the fall, but she plans to continue operating her business through college.

While she will be majoring in fashion merchandising, Bourne’s not sure where her career path will take her afterward; in the meantime, she will be working online throughout the week and returning to Stanford to open up shop on Fridays and Saturdays.

“I think she’ll do real well,” said her grandpa Danny Rice, who co-owns the hair salon with Bourne’s mom and has his own extermination business. “She’s got a good head on her shoulders, and she puts a lot of thought into her decisions.”

On top of the NFIB scholarship, Bourne will be getting EKU’s Presidential and Trailblazer scholarships, as well as the Department of Family & Consumer Sciences’ Mary King Burrier Scholarship.