STANFORD – As one burglary suspect was being brought into custody Tuesday, another man who had just been arrested for a separate incident attempted to escape from the Lincoln County Sheriff’s Office.

He didn’t get far, according to Sheriff Curt Folger, who said he had just pulled into the office lot with 43-year-old Benny Moore, of Moreland – a suspect wanted in connection with a burglary at a Dollar General Store on Monday – when a another man in handcuffs ran out of the sheriff’s office’s back door.

“I was backing in with Benny Moore (burglary suspect) and this Griffin guy’s mother wanted to talk to me so I stepped around the corner and talked to her…” Folger said. “I was getting ready to get the prisoner (Moore) out and I heard her say ‘don’t do it Daniel, don’t do it’ and I turned around and there he was scaling the wall behind the sheriff’s office.”

It was 26-year-old Daniel R. Griffin who Folger said he saw attempting to escape. 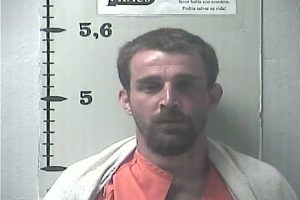 Griffin had originally been arrested after deputies visited the probation and parole office to pick him up on an indictment warrant out of Pulaski County.

Deputies brought Griffin back to the sheriff’s office to process his paperwork, Folger said but when Griffin told deputies he needed to use the restroom he took a detour instead and “booked out the back door.”

Griffin attempted to flee in a vehicle but was unable to escape and was apprehended within 10 minutes, thanks to assistance from Lincoln County Regional Jail Chief Deputy Robin Jones and other emergency responders in the area at the time, Folger said.

With help from the Stanford Police Department and Kentucky State Police, Folger said they were able to block the vehicle from leaving the area.

Griffin was given medical treatment before being transported to the Lincoln County Regional Jail where he now faces charges of first fleeing or evading police in a motor vehicle and second-degree escape.

Moore, who was wanted in connection with an incident at the Dollar General Store in Waynesburg Monday, was also booked in LCRJ – along with three other suspects who were arrested the previous day.

According to the May 8 press release, deputies were attempting to locate Moore after he allegedly fled law enforcement on foot Monday.

Earlier that day, the sheriff’s office received a complaint regarding two male and two female subjects who had stolen a purse at the Dollar General Store in Waynesburg – the purse belonged to an employee.

“The vehicle fled and a pursuit ensued where the vehicle traveled onto Brock Drive and then onto Hazelett Hollow Road…” the release states. “the suspect vehicle left the road into a field and the two male subjects fled on foot.” 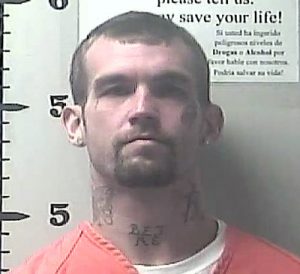 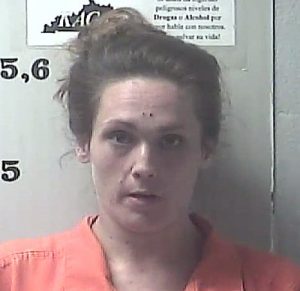 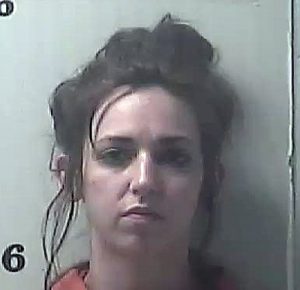 After receiving a tip that Moore was walking down Spoonamore Lane, about a mile away from the initial incident, Folger said he located Moore and took him into custody without incident.

Folger said the four suspects had used a credit card from the stolen purse to purchase four cartons of cigarettes at the gas station near Ky 501 and US 27. 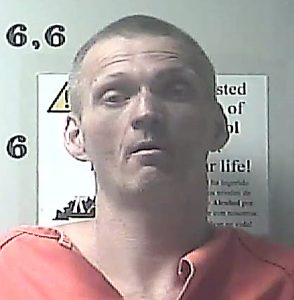