WAYNESBURG – The Lincoln County Sheriff’s Office is seeking the public’s help in locating the fourth suspect in a May 8 burglary – the other three have been arrested.

According to a recent press release, deputies are attempting to locate Benny Moore, of Moreland, who is said to be in his mid-40’s. Moore allegedly fled law enforcement on foot earlier today, according to a press release from the sheriff’s office.

Earlier on May 8, the sheriff’s office received a complaint regarding two male and two female subjects who had stolen a purse at the Dollar General Store in Waynesburg – the purse belonged to an employee.

“The vehicle fled and a pursuit ensured where the vehicle traveled onto Brock Drive and then onto Hazelett Hollow Road…” the release states. “the suspect vehicle left the road into a field and the two male subjects fled on foot.”

The suspect deputies are still attempting to locate was able to escape apprehension on foot and is currently being sought on charges related to the incident by both the sheriff’s office and Stanford Police Department.

Anyone with information on the suspect is asked to contact the Lincoln County Sheriff’s Office at (606) 365-2696.

All three are lodged in the Lincoln County Regional Jail. 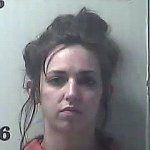 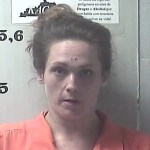 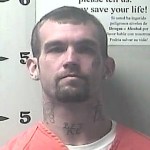