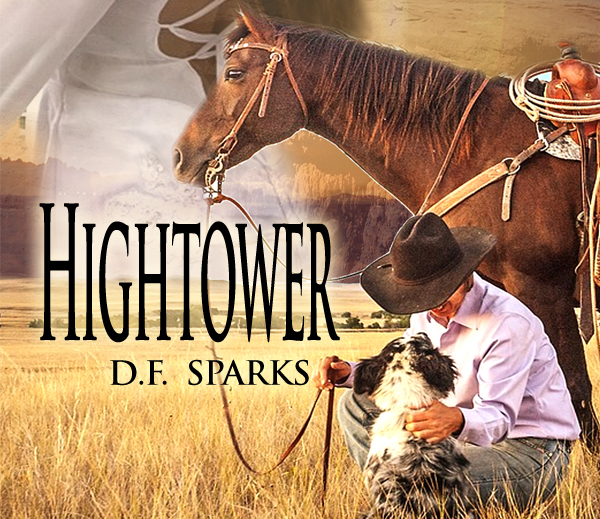 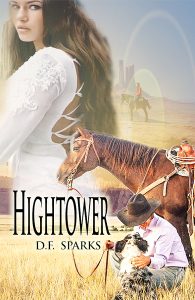 “Hightower,” a new book by D. F. Sparks, has been released by RoseDog Books. Sparks lives in Hustonville.

After a long campaign and participating in many battles with the Comanche, Sioux and Apache, Hightower has earned some time off from scouting for the U.S. Cavalry. He intended to spend it by going back to his hometown, visiting the old homestead, and meeting up with his father’s best friend, Judge Tatum.

Little did he know that when he met the Judge he would also meet the love of his life, the Judge’s oldest daughter, Rachel.

While on leave in Lake Charles, Louisiana, Hightower was going to have an arrowhead removed from his back, requiring him to rest. After the operation, the Judge’s wife and two daughters, Rachel and Dorothy, have taken it upon themselves to care for Hightower. Just as he was healing, he received a telegram stating he was needed to track down a killer.

To make it legal, so Hightower would not be branded as a Bounty Hunter, the Judge pulled some strings and had Hightower sworn in as a United States Marshall.

There was only one problem, the killer was Raymond Carter, Hightower’s half-brother. Carter has acquired a reputation of a gunfighter, but he had to commit five cold-blooded murders for the title.

Hightower’s orders were to bring Carter in alive, so he could be hung.

“Hightower” is a 166-page paperback priced at $15. For more information or to purchase, visit www.rosedogbookstore.com.

Sparks was born in Middletown, Ohio, in May 1944, to Isaac Sparks and Virtie May Wilhoit. His mother had three previous children, Tom, Martha and Charles. As Sparks’ father work on pipelines, they lived nomadic lives and traveled constantly.

When he was six, his mother was killed in a car wreck and his father remarried shortly thereafter.

After the military, Sparks worked various jobs in the oil fields of Midland Monahan and Odessa, Texas.

He worked on ranches and, one time, on river barges in Chattanooga, Tennessee. At 21, he starting driving a truck coast-to-coast and did so for the next 45 years. He retired on his 66th birthday.

In 1987, Sparks was reunited with his siblings after 37 years. His brother Charles died of a heart attack and his sister died soon after.

He remained close with his bother Tom until Tom’s death. Tom had always urged Sparks to write, as he has become an accomplished musician and singer.

Determined to keep the past of this great nation alive, he began writing about the West in 2014, a series entitled “The Broken Badge.” The rest, like his memories, are history.