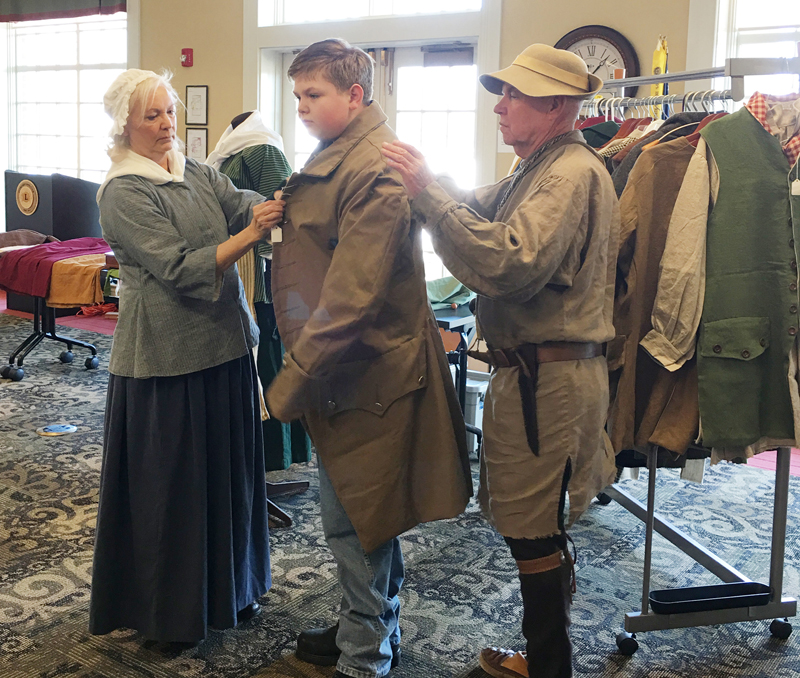 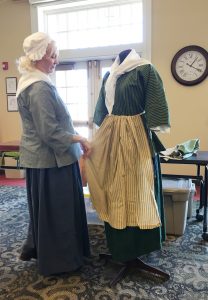 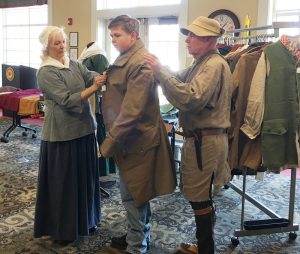 Adults and children enjoyed an 18th Century Clothing Class held on Saturday, March 4 at the Lincoln County Public Library. Jeanette Hillard, who has 24 years experience making clothing for reenactors, taught the class and demonstrated the types of clothing worn by settlers around the time of the siege at Logan’s Fort.

A great crowd attended and the adults played like children in an attic trying on all the clothes after the class. This was the first event in the “Countdown to the Siege” series to be held at the library. Don’t miss “Simon Kenton, Frontiersman” on Saturday, May 13 at 1 p.m. at the library. The reenactment of the Siege of 1777 at Logan’s Fort will be May 20-21.