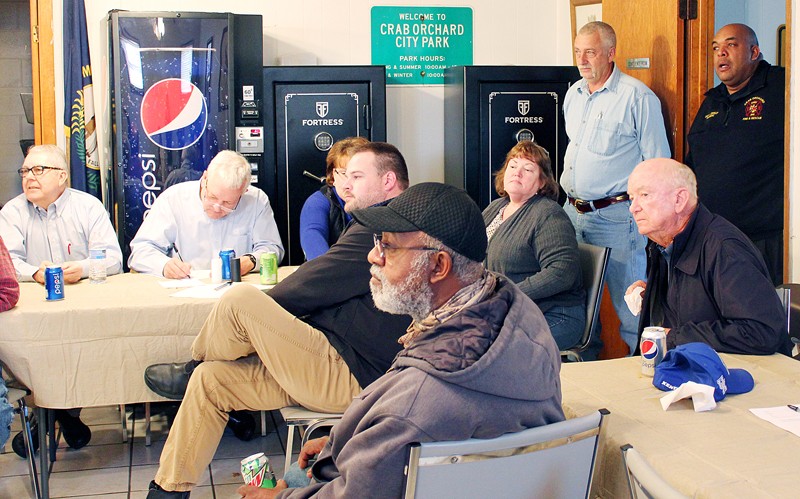 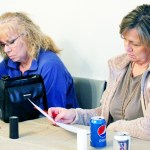 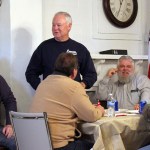 A meal was provided to a crowd of about 35 people – a mixture of local residents, business owners and county officials – before City Commissioner Jerry Shelton spoke to the group.

Shelton said four years ago a similar meeting was held and the two main needs expressed by the community – more police presence and a bank – were successfully met with the addition of Police Chief Jimmy Gipson and a Casey County Bank branch, soon to be permanent.

Now, the city is welcoming questions and criticism once again. As attendees shared their opinions on a sheet of paper passed out prior to the discussion, Shelton reviewed several notes of his own, highlighting comments and concerns brought to him by residents. One of those concerns has to do with the city’s drainage system.

“Our drainage system is pitiful,” Shelton said. “We’re in a low spot and it’s hard for us to drain. One of the consequences of that is, when we put our sewer in in the 1980’s, now that waters drains into the sewer, and a massive amount of rainwater comes into our sewer.”

Shelton also mentioned a community development block grant the city received in the past and used to remodel and repair homes of elderly residents.

“We remodeled several homes and built several homes,” he said. “If that’s something you guys are interested in, please let me know.”

City Clerk Nancy Baker said the city has already begun planning a slew of new events and activities including a weekly story hour with the Lincoln County Public Library, a weekly healthy-eating class and a weekly exercise group that meets at the Church of God.

“We always need more volunteers, more dollars – more help,” Shelton said. “We do pretty good drawing folks in but as far as special events, more help is our greatest need.”

One local business owner said she would like to see a greater sense of pride in community in Crab Orchard, which the group agreed could be done through several of the ideas generated during the discussion.

Lincoln County Magistrate Lonnie Pruitt said he is proud of the beautification work that has been done in Crab Orchard, specifically at the city park.

Shelton also reviewed changes in state legislature regarding alcohol sales in cities and what that means for Crab Orchard.
“For a long time, we weren’t allowed to have such a thing or think about such a thing. But the state has changed those regulations,” he said. “Basically, it has to go on a ballot, the people have to approve it and then it will move forward – 25 percent of the folks that voted in the last presidential election have to sign the petition as a registered voter who lives in city limits.”

Recommendations from the public included creating a city Facebook page to share events and generate interest, as well as better collaboration and communication with the William Whitley House to jointly promote the city and the historic site in the area.