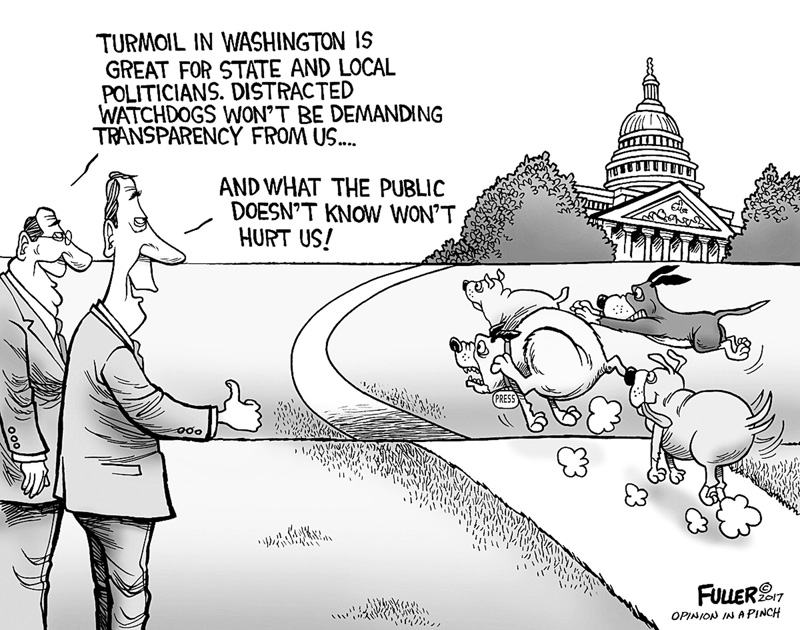 Rita Ward had a question: Why did a weekly listing of causes of death suddenly stop appearing in the local newspaper?

It turned out the health department in Vanderburgh County, Indiana, halted its practice of providing causes of death to the Evansville Courier & Press. When Ward and a reporter for the newspaper asked why those records were no longer available, the department cited an Indiana law intended to protect citizens against identity theft.

“I truly do believe printing the cause of death is important,” Ward told the Courier & Press in a 2012 interview. “Maybe a reader might see a neighbor who died of colon cancer and make the decision to have their first overdue colonoscopy. It can be a first step toward a change for the better. It can touch a reader. It’s personal. That’s why it is important.”

Ward and the newspaper sued for access to the information under Indiana’s Access to Public Records Act. They lost two lower-court rulings before the Indiana Supreme Court ruled in 2014 that the records, focused on the decedent’s name, age and cause of death, should continue to be made available to the public. In their ruling, the judges underscored “the importance of open and transparent government to the health of our body politic” and held that “the public interest outweighs the private.”

The court’s explicit link between government transparency and the welfare of citizens underpins Sunshine Week, a national, non-partisan effort to highlight the critical role of open government and freedom of information at the local, state and federal levels. The March 12-18 celebration is led by the American Society of News Editors and the Reporters Committee for Freedom of the Press, with support from the John S. and James L. Knight Foundation and the Gridiron Club and Foundation.

Now, more than ever, Americans are urged to recognize the importance of open government to a robust democracy. Access to meetings, minutes and records of our elected and appointed representatives is a key element of the constitutional right to petition the government for redress of grievances. It is not strictly for the benefit of the news media.

In addition to ordinary citizens such as Rita Ward, access to government information helps citizen’s groups hold public officials accountable through firsthand observation of their actions. Access also enables historians to accurately describe past events and gives individuals critical information about public safety in the neighborhoods where they live.

Despite public statements by Trump and White House Press Secretary Sean Spicer that crowds for Trump dwarfed those of Obama, the photos — not the words of government officials — told the full story.

In addition to state laws in Indiana and across the country, the Freedom of Information Act gives citizens the right to obtain information from the federal government — information that your tax dollars paid to collect. In addition, more and more local governments are leveraging technology to make public information, from traffic data to public transit schedules, even more accessible and more useful to citizens.

This week and every week, take a moment to consider what your life would be like if government officials operated in total secrecy and restricted your access to information. Support organizations fighting against those in power who seek to weaken open government protections.

Join with fellow citizens in seeking disclosure. When you want information from a police department, local government or school board, ask for it.

Just like Rita Ward learned in the Indiana death records case, you have the right to know.

Mizell Stewart III is president of the American Society of News Editors and Vice President/News Operations for Gannett and the USA TODAY Network.

Senate passes over 40 pieces of legislation