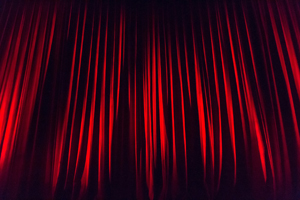 STANFORD – Aging is a natural part of life but in rural communities like Lincoln County, it can present several new challenges to farmers. That’s why the local University of Kentucky extension office is combining humor and a free meal to provide details on how to adapt while aging on the farm.

Agriculture and Natural Resources Agent Will Stallard said the Farmer’s Dinner Theater scheduled for March 7 aims to not only entertain, but inform aging farmers of how they can protect themselves from accidents and health-related incidents while farming.

The stars of the show will also be four local Lincoln County farmers, he said, as Duvall and Eleanor Sims, along with Thelma and Jack Blair, will be the main entertainers of the evening.

“Their scripts will basically be conversations about real-life issues as we begin to age,” Stallard said. “We don’t want it to be ‘doom and gloom’ because it’s not. We want people to be on the farm as long as they want to be there. We don’t want them to hurt themselves or somebody else.”

The goal is to bring awareness to health and wellness as farmers age, he said.

Stallard said things such as hearing loss and not taking time to complete tasks or rushing are things that tend to become more prevalent for aging farmers.

Bad habits, such as not wearing proper eye-protection while using certain machinery, are things that Stallard said can sometimes be passed down from generation to generation.

“If you’re a grandfather and you’re weed-eating with no safety glasses and your 12-year-old grandchild sees that, then they’re not going to use them either. But if you are, then the younger generation will be more apt to do that,” Stallard said.

The meal is free and open to 100 farmers over the age of 45 and their spouses.

STallard said the meal and theater performance will likely last about two hours and more importantly, attendees will fill out surveys to help with the University of Kentucky College of Nursing’s research on aging farmers.

“Debbie Reed is a nurse with the college of nursing and she’s the one who wrote the grant – the brains behind the operation,” he said.

“She is gathering data information from the people who will be there that evening. She’s doing a study on how farmers age.”

Attendees will also have a chance to receive $25 after completing two follow-up phone interviews.

Anyone interested in attending the Farmer’s Dinner Theater must reserve a spot by calling the Lincoln County Extension Office at (606) 365-2447 by Feb. 21.

The Farmer’s Dinner Theater will be on March 7 beginning at 6 p.m. at the Lincoln County Extension Office on Metker Trail in Stanford.