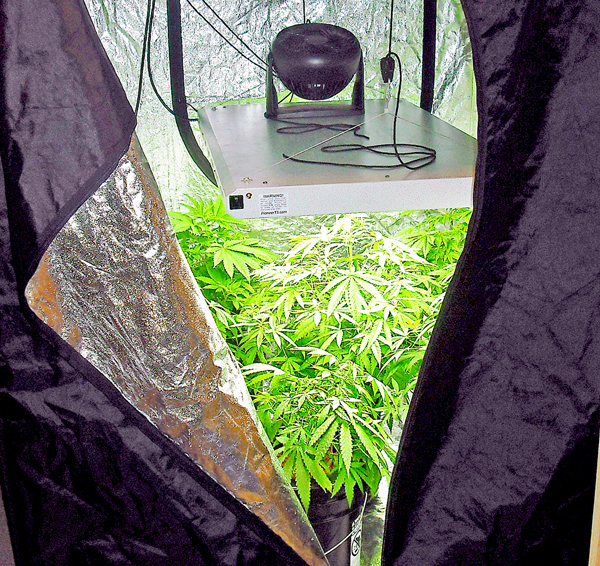 STANFORD – A man has been arrested after Lincoln County Sheriff’s Deputies allegedly found a marijuana growing operation inside a residence last week.

Sheriff Curt Folger said, deputies responded to a call on Nov. 23 at about 2 p.m. after a Fed Ex delivery driver reported what appeared to be a robbery in progress at a residence on Ky. Hwy. 300.

Folger said when he arrived on scene he saw the door to the residence had been damaged or kicked in and remained open.

“He (Fed Ex driver) was standing by to make sure nobody left or entered the area, kind of standing watch for us,” Folger said.

Deputies entered the home, which was unoccupied at the time, and smelled a strong odor of marijuana coming from a room in the back of the residence, Folger said.

Once Folger entered the back room of the residence, he said a large, six-by-six black tent was discovered with several marijuana plants growing inside it.

“After we cleared the residence, we went back to this room and located inside it a black tent with plants and grow-lights,” Folger said. “It was all grown with hydroponics. We found everything needed for the growing operation.”

Folger said seven plants were seized from the six-by-six black tent inside the home. Later, deputies made contact with one of the homeowners and identified the tenant as 22-year-old John David Kartholl, of Stanford.

Kartholl was arrested about four hours later and charged with trafficking in marijuana and cultivating marijuana, five plants or more.

“After we got him to the sheriff’s office and interviewed him, he gave us a statement and took full responsibility for it,” Folger said.