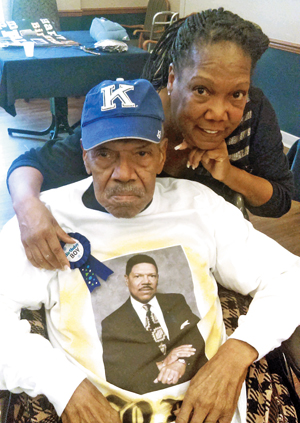 94-YEAR-OLD Raymond Hall has his picture made with daughter Phyllis Newby during a recent family party to celebrate his birthday.

Raymond Hall marked another milestone in his life recently, joined by family and friends as he celebrated his 94th birthday.
The dinner reception was held at the Golden Living Center in Stanford.
Hall was born on Nov. 6, 1922 in Virginia but spent much of his childhood in McKinney, following the death of his mother.
He completed 10 years at a one-room schoolhouse in McKinney  then later made his way raising pigs, working with a blacksmith and working on the railroad.
Hall was drafted into the Army in 1943 and during his years of service he obtained a Good Conduct ribbon, an Asiatic-Pacific Theater ribbon with a Bronze Service Star, an American Theater ribbon and a World War II Victory Medal.
Hall returned to McKinney in 1946 to begin work on the railroad. In December 1946, he married Lilly May Sleet of Perryville. They were married over 30 years until her passing in 1977.
The Halls had two children, Phylllis Newby of Louisville, and Gary Hall of Fayetteville, North Carolina. 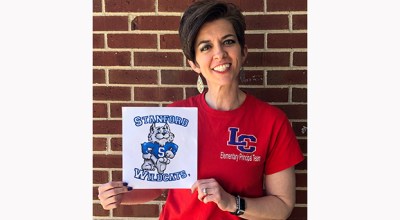