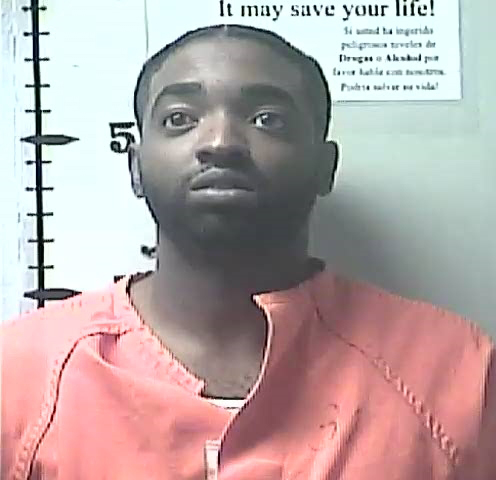 STANFORD – A man wanted out of Georgia for criminal attempt to commit burglary was arrested in Stanford after a traffic stop in Stanford
David C. Sam, 30, of 126 Darst Street in Stanford, was arrested Nov. 14 by Lincoln County Sheriff’s Sgt. Ryan Kirkpatrick and charged with first-offense trafficking in marijuana (less than eight ounces); failure to notify address change to the department of transportation; and operating on a suspended or revoked operating license.
Kirkpatrick pulled over a black 2005 Chevrolet Tahoe on U.S. 150 W at about 7:45 p.m. on Nov. 14 under the suspicion of drunk driving. According to the citation, the Tahoe traveled over the fog line several times and was traveling between 30 and 40 mph.
“Upon contact with (the) driver I smelled a strong odor of marijuana coming from the vehicle,” Kirkpatrick said.
Sam gave deputies permission to search the vehicle where they allegedly found about two grams of a green leafy substance believed to be marijuana, as well as plastic baggies and digital scales.
Sam also had $465 in cash on him, which deputies said was consistent with drug trafficking.
Kirkpatrick said Sam’s license was suspended and the address he provided did not match the louisville address reflected on his license.
According to the citation, Sam was also arrested on a fugitive warrant out of Gwinnett County, Georgia for criminal attempt to commit burglary and obstruction.