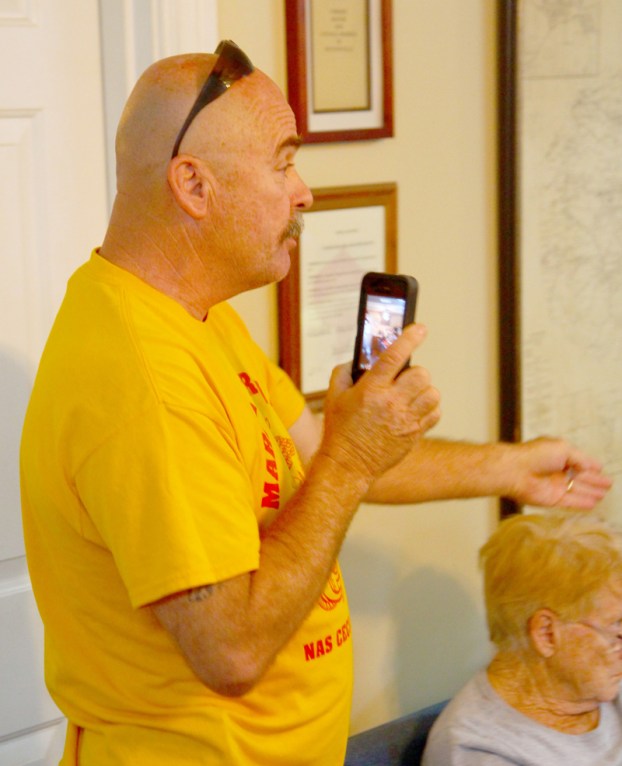 Ben Kleppinger/ben.kleppinger@amnews.com Hustonville Police Chief Fred McCoy records the Hustonville City Council meeting Monday night as he criticizes Lincoln County Sanitation District officials for their handling of an issue regarding whether people will be required to tap onto the area's new sewer system.

HUSTONVILLE –  An issue previously raised by some residents regarding a major sewer project in the west end of the... read more