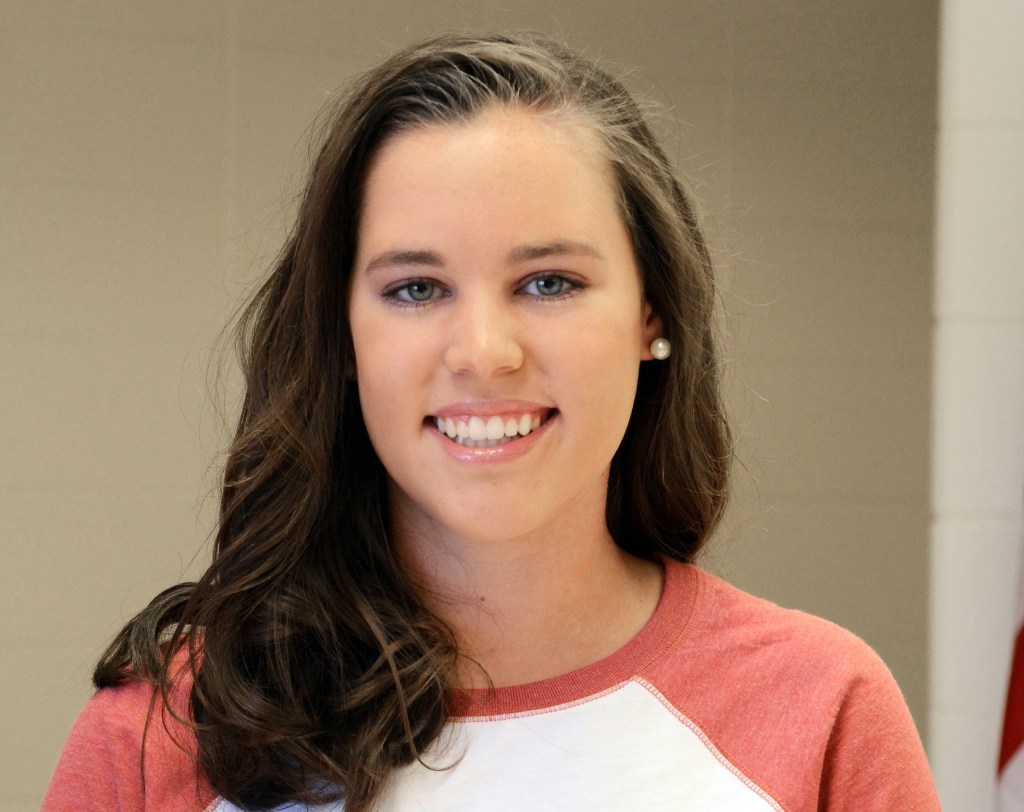 STANFORD — Like many of her classmates, Lincoln County senior Auburn Mattingly is in a whirlwind of exams, deadlines and scholarship applications. However, unlike her classmates, she is considered in the top 1 percent of the nationwide Class of 2017.
Officials of National Merit Scholarship Corporation (NMSC) announced the names of approximately 16,000 semifinalists in the annual National Merit Scholarship Program and Mattingly is one of those 16,000 semifinalists in the running for $7,500 in scholarships worth $33-million.
“I couldn’t believe it,” Mattingly said upon learning of the honor. “I was so honored. That was something I never throught that I could achieve. I can only credit God for that because I never throught it could be possibe for me.”
Mattingly, 17, was the only LCHS senior to earn the distinction and the first since 2003 to be so honored. Mattingly’s selection brings the total to six of LCHS National Merit semifinalists since the school opened its doors in the fall of 1974.
Mattingly being named an NMSC semifinalist comes as no surprise to Joanna Stevens, LCHS math teacher and academic team coach.
“I am extremely proud of Auburn and her accomplishments,” Stevens said. “Auburn truly desires to do her best in everything she pursues.  Her dedication to academics is evidenced by her immaculate GPA, nearly perfect ACT score (35), and award-winning PSAT score.  Becoming a National Merit Semifinalist is a well-deserved honor for an exceptional student.”
Mattingly, the daughter of Michael and Kristie Mattingly of Hustonville, said her academic success is due to her work ethic.
“In middle school, I was a good student and had all A’s but my scores weren’t at the top. They were just kind of in the middle, so I decided I wanted to put in extra work, do more than the teacher said and really showcase grit and how that you can have a growth mind-set,” Mattingly said. “That’s how I’ve grown through my scores.”
Her diligence in working to improve her scores is evident in her ACT history.
“I’ve actually taken it six times because I wanted to get the best score I could get. I’ve gone through ACT Prep Classes, gave up my Saturdays for it. It didn’t happen overnight,” said Mattingly, who took the ACT the first time in the seventh-grade through the Duke Talent Identification Service then again freshman year, then twice in both her sophomore and junior years. “When I took it my freshman year, I got a 27. Then I went through ACT Prep Classes and I went through the entire ACT Prep Book. Every night I would do like 15 minutes to just increase my score and my score increased eight points because I now have a 35.”
Mattingly, who works with Gear Up Kentucky, an organization that “helps kids realize they can acheive college and they can achieve their dreams by working hard,” plans to attend the University of Kentucky this fall and major in chemical and materials engineering.
About 1.6 million juniors entered the 2017 National Merit Scholarship Program by taking the 2015 preliminary SAT/National Merit Scholarship qualifying PSAT test, which served as an initial screen of program entrants. The nationwide pool of semifinalists — representing less than 1 percent of U.S. high school seniors — includes the highest scoring entrants in each state.
To become a finalist, the semifinalists and their high schools must submit detailed scholarship applications in which they provide information about the semifinalists’ academic records, participation in school and community activities, demonstrated leadership abilities and honors and awards received.  A semifinalist must have an outstanding academic record throughout high school, be endorsed and recommended by a high school official, write an essay and earn SAT scores that confirm the student’s earlier performance on the qualifying test.
About 90 percent of the semifinalists are expected to attain finalist standing and more than half of these finalists will win a National Merit Scholarship earning the Merit Scholar title. The winners will be notified in the spring.