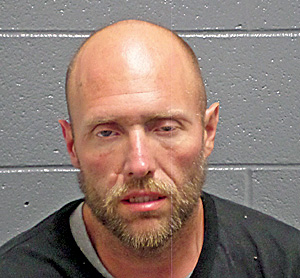 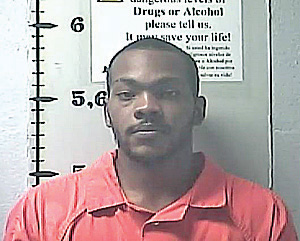 STANFORD – The Lincoln County Sheriff’s Office has made arrests in two separate theft investigations.
Local law enforcement recovered a Harley Davidson motorcycle and a Corvette that had been stolen from Doug Padgett on Rustic Way Road in Waynesburg and one arrest has been made in connection with the investigation, according to Lincoln County Sheriff Curt Folger.
Matthew Franklin Stewart, 35, of Louisville, was arrested Sept. 5 in connection with the theft of the Harley Davidson after Harrodsburg Police responded to a report of someone breaking into multiple vehicles and allegedly found him asleep in one of the vehicles.
“The subject in Harrodsburg had broken into another business over there,” Folger said. “The Harrodsburg Police Department caught him and he had in his possession the Harley that had been stolen from Lincoln County.”
The 35-year-old man was found asleep in the driver’s seat wearing gloves and a mask, according to a news release from the Harrodsburg Police Department.
Stewart was arrested without incident and lodged in the Boyle County Detention Center where he faces three criminal mischief charges due to the damage of three vehicles, according to police.
A $10,000 cash bond has been set.
Folger said the vehicles were recovered before the owners even knew they were missing.
The Corvette was recovered on Ellison Pulaski County Road in Eubank and both the motorcycle and car sustained some damage, he said.

Dix River Estates arrest
Lajernio Robertson, 25, was arrested Sept. 4 at about 7 a.m. by Lincoln County Sheriff’s Deputy Michael Mullins and charged with third-degree burglary; theft by unlawful taking, over $500 but under $10,000; theft by unlawful taking, under $500; resisting arrest; and second-degree fleeing or evading police on foot.
According to Folger, the arrest was made with help from neighborhood residents and local law enforcement.
“We had been investigating thefts in that area for the last couple weeks, about three weeks, (and) had been doing extra patrol,” Folger said. “With the help of the neighborhood, deputies and the Stanford Police Department we made the arrest on this subject.”
The sheriff’s office executed a search warrant at Robertson’s residence where they allegedly recovered thousands of dollars worth of stolen items including pressure washers, weed eaters, tools and golf clubs, Folger said. Most of the items were taken from outbuildings and cars and had been reported stolen out of the Dix River Estates area, as well as Garrard County.
Robertson was tasered by law enforcement Sunday morning after he resisted arrest, according to the sheriff.
An investigation into other items that were allegedly pawned is ongoing at this time, Folger said.
“We found some pawn tickets where items had been pawned in the Lexington area,” he said. “We will be going after some of those items to try and match them up with what has been reported.”
A second subject believed to be the girlfriend or wife of Roberston is being investigated for allegedly pawning some items and could possibly be facing charges as well.
Folger said for several weeks the Dix River Estates area has been on “pins and needles” and the sheriff’s office has been working to end that uneasiness.
“We were lucky enough to apprehend the subject with the help of the neighborhood,” he said. “Like I’ve always said, get to know your neighbors because law enforcement cannot do this job all by themselves. They need more eyes and ears out there than what we have in order to have a successful investigation and closure to a lot of happenings that go on.”